Dr. Phillip W. Brunst works on issues between law and techology. He conducts research on current issues of information technology law and legal informatics. His research interests focus on the areas of cybercrime and terrorist use of the Internet as well as cyberterrorism.

In the area of criminal law he conducts research especially on the phenomena of transborder computer criminality as well as on the national and international instruments in the fight against them. Several publications ghighlight the legal responses on these challenges in Germany.

In his doctoral dissertation he studied on the one hand the interdependencies of law and technology and the close relation between questions of criminal law and data protection law on the other hand. The book concerns the relationship between anonymity on the Internet and chances for an effective prosecution of Internet-related crime. 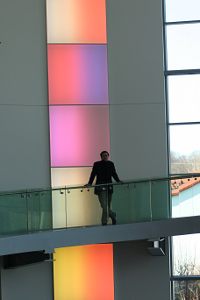 Dr. Phillip W. Brunst worked in technical as well as in legal areas. For example, he worked as a database programmer and as a system Administrator. Scientifically he was active as a research assistant at severals chairs in the area of criminal law and information law at different German universities and as head of section at a German Max Planck Institute.

Since the year 2010, Dr. Phillip W. Brunst is conducting research for the Cybercrime Research Institute, an independent research institution that focuses on the international harmonization of law and on the development of solutions in the fight against Internet crime.

In the past, Dr. Brunst was active as an advisor, expert, or speaker for several Institutions (including the Council of Europe, the European Commission, UN, and NATO). He was a long-time member of the scientific advisory board of the “Defence Against Terrorism Review” (DATR). Dr. Brunst lectured at several academic institutions in Germany and abroad, including the Ludwig-Maximilians-University in Munich, the Albert-Ludwigs-University in Freiburg i. Br., the Carl von Ossietzky University in Oldenburg, the University of Bâle and the Johannes-Guttenberg-University in Mainz. Finally, he worked as an instructor for the “European Certificate on Cybercrime and Electronic Evidence” at several Locations.

Today, he lectures at several universities in Germany and abroad. Participants of university courses will find addition information on a seperate website (in German).